TEVERETERNO | Kentridge Live on The Tiber.

TEVERETERNO non profit organization presented at MAXXI a special preview of the workshop “Triumphs and Laments”.

Engaging the local community by working with emerging artists and musicians on a series of visual and sound experiments, Kentridge and Miller explored the theme of Rome’s greatest victories and worst defeats throughout history, from mythological time to present day.

William Kentridge’s work in progress, Triumphs and Laments (2015-16), is a large-scale, 550 meter-long frieze, erased from the accumulated dirt on the travertine embankment walls that line Rome’s urban waterfront. Exploring dominant tensions in the history of the Eternal City from past to present, more than ninety figures, up to 9 meters high, form a grand-scale, silhouetted procession on Piazza Tevere, between Ponte Sisto and Ponte Mazzini. 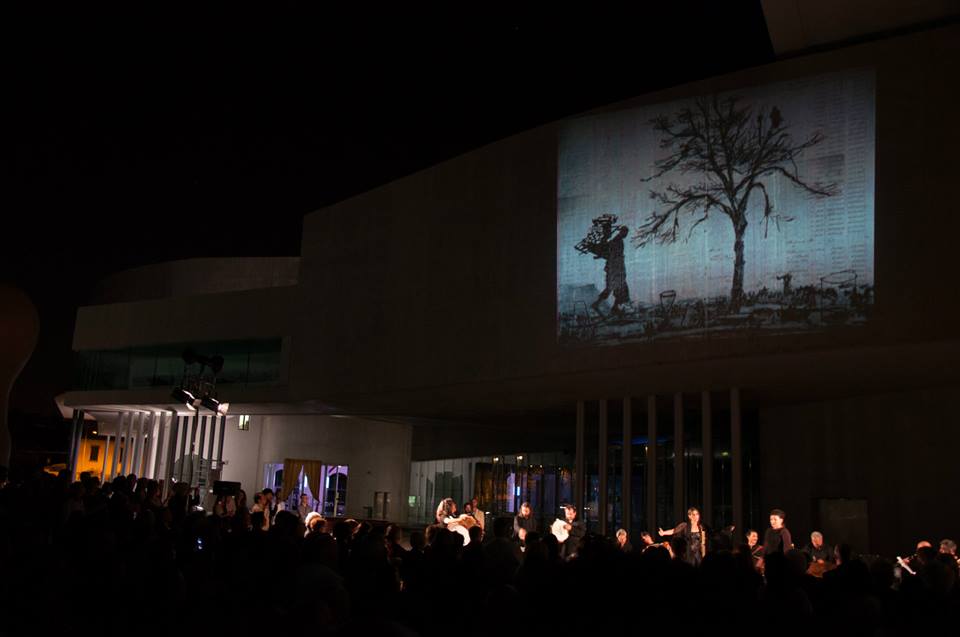